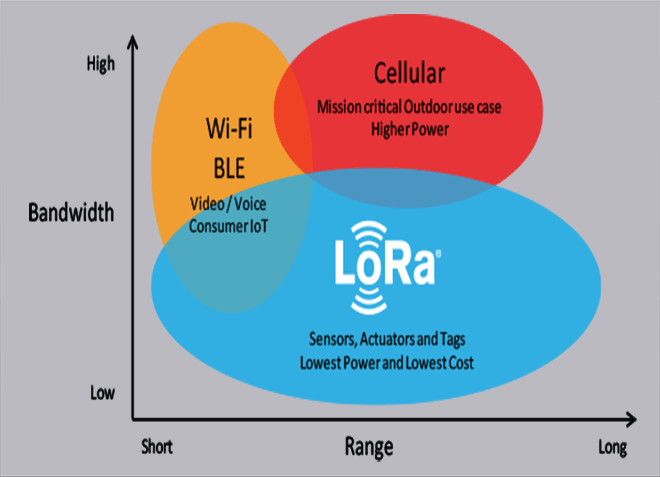 LoRa (Long Range) is a communication system used for sending information for nearly 15 kilometers without the need of any wired connections. One of the major differences in compared to wired communication systems is, LoRa Technology consumes low power though covering long range wide area networks.

Nowadays, the demand and usage of LoRa Technology are witnessing an incredible growth. In particular, for interconnecting devices, sensors in (Internet of Things) IoT devices, assets, consumer IoT, Industrial IoT, and enterprise IoT require this kind of wireless technology to establish an efficient communication each other. Each and every LoRa transmission will carry up to 51 bytes and 222 bytes lower and higher data rates respectively. In general, the data rate peaks at about 50 kbps and a minimum level of 300 bps. Thus, LoRa is the part of IoT as well as networking protocols.

LoRa is also represented as a physical layer protocol or LoRaWAN, a network layer protocol used for establishing a communication amid battery-powered systems. And Thus, this technology is also significant for developing battery-operated sensor products. As of LoRa Alliance, LoRaWAN primarily focuses on fulfilling the key requirements of IoT like providing bi-directional communication with high security, mobility, and localization services.

Generally, the LoRaWAN network protocol was built on the top of the LoRa physical layer protocol. This protocol is primarily used by low-power consumed sensors for providing communication. A LoRaWAN comprises sensors, gateways, networking servers as well as application servers. Each and every component has its own priority and will operate as specified by the LoRa alliance such as,

On the historic front, in 2012, LoRa’s physical layer version was acquired by Semtech Corporation from Cycle SAS, a French company. This protocol makes the use of chirp spread spectrum technology to transfer data over 915 (US) or 868 (Europe) MHz bands with alternates 169 and 433 MHz. The other features of LoRa are depicted in the below table:

The Significant Benefits of LoRa Technology:

In comparing with other communication technologies, LoRa offers multiple benefits. Few of the key benefits of LoRa include:

Though LoRa is not completely evolved across all industries, it is a recognized standard by telecom and IoT service providers worldwide. LoRa and LoRaWAN protocols have been successfully deployed in over 60 nations globally. Moreover, as LoRa technology is a key communication protocol to IoT network infrastructure, deployments of LoRa by the sensor device manufacturers and services providers is growing steadily.
Thus, it reflects that an initiative towards the increased number of global smart city developments is directly projecting the growth of LoRa industry in the future. According to the research markets, it is anticipated that, with an annual growth rate of over 85%, the technology will be worth approximately USD26.5 billion in the next five years. Hence, LoRa enabled devices including actuators, trackers, sensors, transceivers, wearables, or androids are going to evolve worldwide. 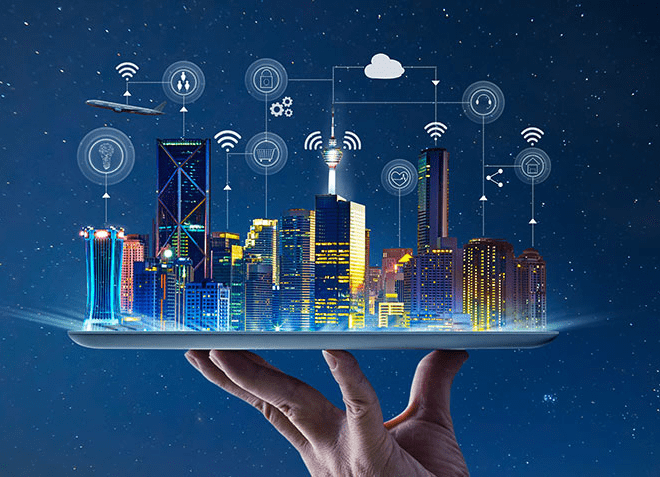